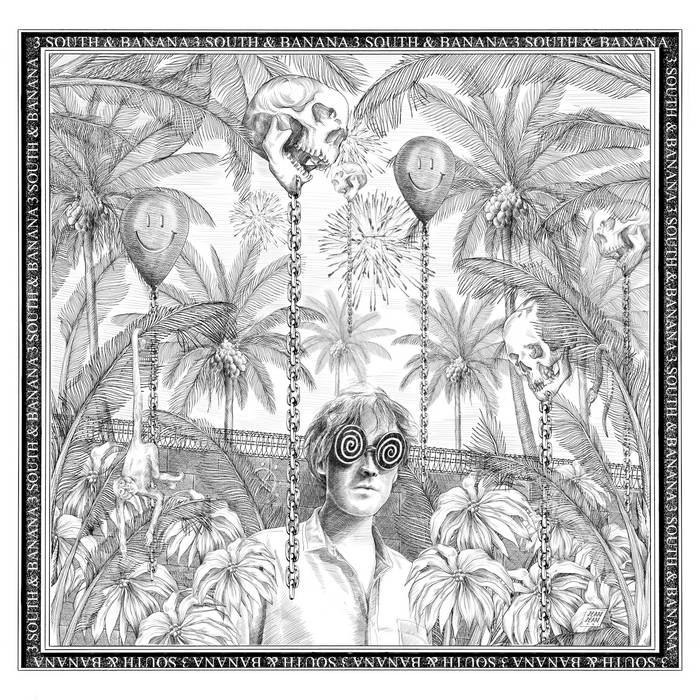 “If you’re looking for a sonic tonic to take you out of your comfort zone, this could be just what you need”
Shindig Magazine – LP review

“The sound, and indeed the vision that follows is equally entrancing”
Indie Berlin

3 South & Banana is the musical moniker of Berlin-based, French singer, songwriter, multi-instrumentalist and producer Aurélien Bernard.
Aurélien previously played in Vadoinmessico, the band that went on to become Cairobi. The reputation of 3 South & Banana as a live act has already started to spread, he recently supported The Comet Is Coming in Berlin. The 3 South & Banana live show is a multimedia/virtual band live performance and has a distinct nod to mavericks such as David Byrne.

Having grown a steady legion of fans for his oddball songwriting and unique stage craft, Aurélien explains that "I have a strong French accent when I speak English and the 3 South & Banana tag came from a comedy misunderstanding that turned into an in-joke between myself and my friends. I think humour is a great way to overcome self-doubt and this album, and the project more generally, in part explores this phenomenon”.

Taking inspiration from the surrealist psychedelia of musical oddballs such
as Shintaro Sakamoto and Ariel Pink mixed with classic pop songwriting drawn from the likes of The Kinks and Syd Barrett 3 South
and Banana will no doubt appeal to Aurélien’s ever growing legions
of fans in the UK and across Europe.

3 South & Banana has been supported across 6Music,
with multiple plays from Gideon Coe, Don Letts and Lauren
Laverne, and widely tipped across the blogosphere

Written and Performed by Aurélien Bernard, lead guitar by Gilles Peynet on "3S&B", Keyboard by Andi Fins on "Bâtons Mêlés, Bass by Bü aka Stefan Bürgermeister on "Kittykatkathappybadsad", additional Keyboard by Salvador Garza on "55 Million Light Years Away" and "Kittykatkathappybadsad", recorded and mixed by Aurélien Bernard and Salvador Garza Fishburn, mastered by Dennis Kern.
Thanks to my family and friends for the support, special thanks to Tartaruga Feliz , Frank Lobielty, Dji, Marcel and Roxane.

Some Other Planet Records London, UK

Decrypting sounds from another planet since 2016. Unusual, unheard and oxygen free.

Bandcamp Daily  your guide to the world of Bandcamp